Back to the Future

For the first part of this week's assignment, we were asked to watch a video titled Back to the Future by Brian Crosby. The video begins with Crosby talking about his fourth grade students. He currently has 24 fourth-graders, and about 90% of those students are second language learners and at-risk students. On the second day of class, he asked them to take a survey. Pictured below is a still from the video listing the results of the survey: 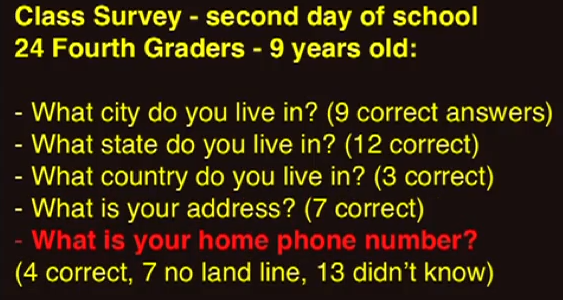 Crosby goes on to show us a picture of his classroom where each student in his class has a laptop and they all have a blog. He then starts to tell us about an awesome science project he did with his students. He started out the project by doing a few small activities to teach his students about atmospheric pressure and how hot-air balloons work. When they were done with those activities, they posted on their blogs about what they learned and embedded videos of their experiments into their blogs. After the students learned about the history of ballooning, they even created a wiki page to store all their knowledge! Crosby even had his students write stories where they themselves were balloons being sent up into the atmosphere. When they were done with their stories, they made book covers and illustrations and published them onto their blogs. Posting all of this onto their blogs allows his students to see that people are actually reading their posts and are interested in them!

After that, Crosby asked his students to write about their "High Hopes" for their school, community, and the world. They then used an online program to turn those High Hopes into trading cards, which they dubbed strato-cards, since those cards are going to go up into the stratosphere on the class balloon they later send up. Having all of this on their blogs enabled people from all over to see their High Hopes, and a lot of people were interested in doing the same thing. So, Crosby encouraged these people to send in their own High Hopes, which Crosby would send up in his class's balloon. Not only was this activity fun for Crosby's students, but it allowed his students to build a learning network. His students left comments on the blogs of other students from around the world, and those other students left comments on Crosby's student's blogs. His students had an audience, and as we've seen before, having an audience is really encouraging to children!

Crosby goes on to describe that each of his students had a part in creating the "payload", which is all of the stuff they were sending up with the balloon. There was even a camera inside the payload so they could see what happened during each step of the balloon's launch, flight, and descent. After all this had happened, other students and teachers from around the world wrote how they wanted to do activities and projects just like Crosby's, and Crosby had his students conduct a Skype interview with a classroom in New Zealand. The Skype interview allowed his students to review the material, since they were explaining it to the New Zealand students, and it gave them an opportunity to show off their knowledge! Crosby tells us how language intensive the Skype interview was, and he gives a list of all the skills that were exercised during the interview: 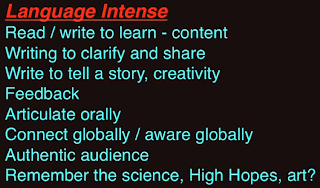 Crosby explains that this was all part of active learning, and active learning really empowers students to want to learn on their own. They're learning how to connect to the world and how to collaborate with others. On top of this, this type of learning is motivating! Crosby quotes, "We can't just keep racing kids through school. It can't be a race. We have to keep making sure that we're giving them opportunities to build schema for the world." We have to make sure, as teachers, that we're teaching kids what they really need to know. We need to engage them, motivate them. We need to teach them how to be independent learners. Learning doesn't stop once you graduate from school. You learn all the time, and that's what we need to emphasize! 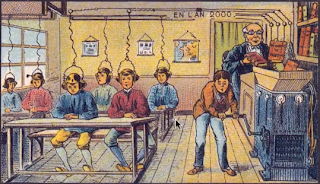 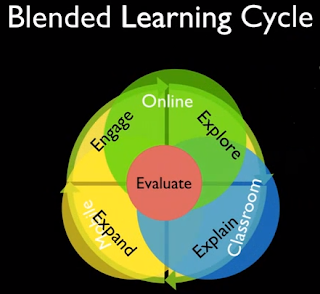 To remember the parts of his Blended Learning Cycle, Andersen uses the acronym QuIVERS: Question, Investigation/Inquiry, Video, Elaboration, Review, and Summary quiz. Andersen then gives us an example of this that he uses for his AP Biology class.

I like his idea of the Blended Learning Cycle. It really gives students an opportunity to become more engaged in their learning. They're not just sitting back while the teacher lectures them. They're actually actively participating in their learning. They're being encouraged to investigate, to experiment, and to ask questions. The students conduct experiments to better help them understand the material, and once they're ready and sure they are knowledgeable enough, they take short summary quizzes. Even if they don't do so well on the quizzes the first time, they are given the chance to retake them. This is what learning should be about. More teachers need to learn how to motivate and engage their students. Having engaged students makes the learning process much more enjoyable, and doing fun activities helps students realize that learning can be fun!
Posted by Becca "Riley" Lathem at 11:25 PM